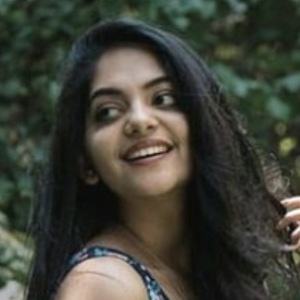 Actress who became beloved for her performances in Malayalam films like Njan Steve Lopez (2014) and Njandukalude Nattil Oridavela (2017). She is also a singer who is known for music videos like "Whispers and Whistles."

She attended Holy Angels' ISC School in Trivandrum, India. She later moved to Chennai to attend University of Madras.

She starred in the YouTube short film "Kari" with Jagan Shaji Kailas.

She is the daughter of actor Krishna Kumar. She is the eldest of three sisters.

Ahaana Krishna Is A Member Of