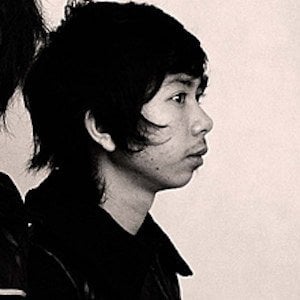 Guitarist who became a member of the Malaysian punk rock band Bunkface. He began his tenure in the group in 2006, upon the group's initial formation. He has since served as the band's lead guitarist and back-up vocalist.

He met his bandmates while each one was still in school. He joined the group for the Battle of the Bands competition in Malaysia.

In 2014, he and his bandmates released their third studio album, "Malam Ini Kita Punya." Following the album's success, he and the band were invited to perform at the 2015 Summer Sonic Festival in Tokyo, Japan.

He has listed Patrick Stump of the pop-rock band Fall Out Boy as a major influence for him and his band.

Ahmad Farhan Is A Member Of