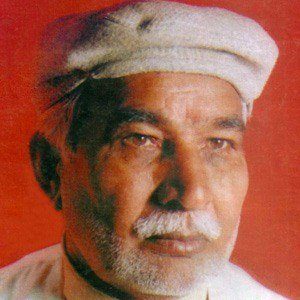 Major contributor to Urdu literature and the publisher and editor of Funoon, a popular literary magazine. He was a recipient of both the Pride of Performance honor and the Sitara-i-Imtiaz award.

He studied at the University of the Punjab, Lahore and joined the Progressive Writers Movement in the 1950s.

He published more than fifty books in a variety of genres.

He was born in Anga, India, and he grew up with a sister and a brother.

He and Rohinton Mistry were fellow Indian writers.

Ahmad Nadeem Qasmi Is A Member Of