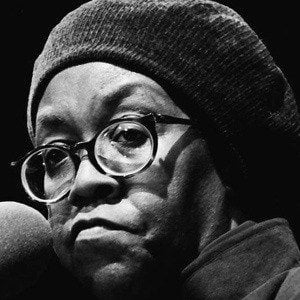 Pulitzer Prize-winning poet known for works such as Annie Allen and We Real Cool. She earned the title of U.S. Poet Laureate in 1985.

She published her first poem in a children's magazine when she was just thirteen years old.

She became the Illinois Poet Laureate in 1968.

She was born in Topeka, Kansas, and she later moved to Chicago, Illinois. She had two children with her husband, Henry Lowington Blakely, Jr.

She, like Langston Hughes, was a famous African-American poet.

Gwendolyn Brooks Is A Member Of