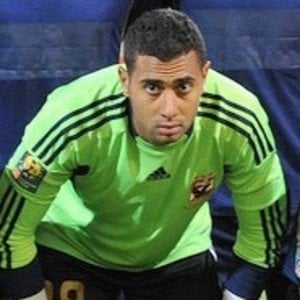 Goalie who gained fame for his play with Al Ahly of the Egyptian Premier League between 2007-2018. He later signed with Misr Lel Makkasa SC in 2018.

He played in the 2005 FIFA World Youth Championship for Egypt's national team.

He was originally born and raised in Port Said, Egypt.

He played against Lionel Messi during the 2005 FIFA World Youth Championship with Egypt.

Ahmed Adel Is A Member Of