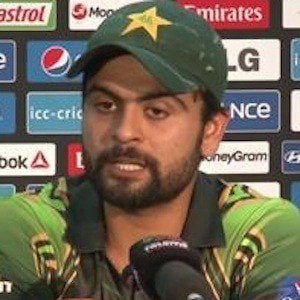 Opening batsman who has played domestically for teams like the Lahore Lions. Internationally, he won a ICC World Twenty20 title with Pakistan in 2009.

He was born in Lahore and made his domestic debut for Habib Bank Limited in 2007.

He was the top run-scorer in the 2012 Bangladesh Premier League tournament.

His father died when he was just a child.

He replaced Shahid Afridi as the opening batsman for Pakistan in a series against New Zealand.

Ahmed Shehzad Is A Member Of