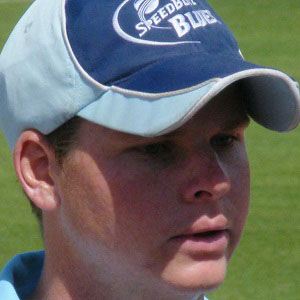 Australian batsman who has been ranked as one of the best Test batsman in the world, captaining the Australian squad in all three formats of the game. He received the most prestigious award in Australian cricket, the Allan Border Medal, in 2015.

He left Menai High School at age 17 to play cricket in England. He made his first class debut against Western Australia in 2008.

After becoming captain of the Australian Test side in 2014, he became the first Australian cricketer ever to begin his captaincy with three straight centuries.

He reached 6,000 Test runs in only 111 innings, tied for second-fastest with Garry Sobers and trailing only Donald Bradman.

Steve Smith Is A Member Of