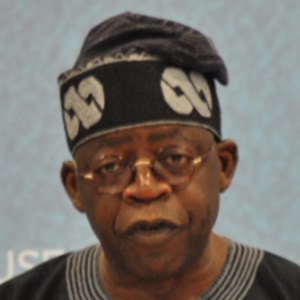 Nigerian politician who is known for having served as the 12th governor of Lagos State. He is known for his work as the national leader of the All Progressives Congress political party.

He attended Chicago State University where he earned his bachelor's in science in Accounting. He then started his political career in 1992 when he joined the Social Democratic Party.

He was featured in the 2015 documentary feature film The Lion of Bourdillon which discussed politics and government throughout Lagos.

He married senator Oluremi Tinubu and together they had a son named Jide Tinubu.

As a founding member of the National Democratic Coalition, he was forced into exile in 1994 and returned to Largos after the death of military dictator Sani Abacha.

Ahmed Tinubu Is A Member Of