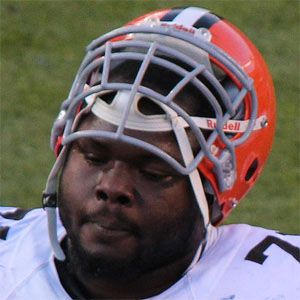 NFL defensive end earned a starting role on the Cleveland Browns in 2010. He was drafted in the sixth round by the team in 2008.

He was recruited to play defensive end at Iowa State after being an offensive lineman at Trinity Valley Community College.

He had a breakout season performance for the Browns in 2010, recording 87 tackles and an interception.

He was born in Fort Belvoir, Virginia to parents Marin and Ronnie Rubin.

He went to the same high school as Trent Richardson , who he would later become teammates with on the Cleveland Browns.

Ahtyba Rubin Is A Member Of