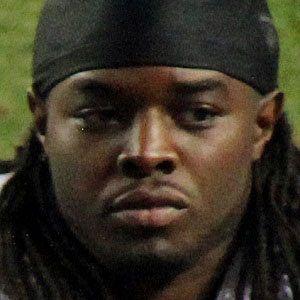 NFL running back who was selected third overall by the Browns in the 2012 NFL draft. He was traded to the Colts in 2013 for a future draft pick.

He attended the University of Alabama on an athletic scholarship, helping the team win two BCS National Championships.

He was a finalist for the Heisman Trophy in 2011.

He has two daughters, Elevera and Taliyah, and a son, Trent Jr.

He and Brandon Weeden were both drafted by the Browns in the first round of the 2012 NFL Draft. Neither of them were still on the team by the end of the 2013 season.

Trent Richardson Is A Member Of