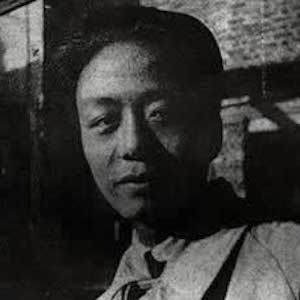 Known by the pen names of Kè'ā, Éjiā, and Línbì, he wrote such works of Chinese modernist poetry as Guilai de Ge (Song of Returning) and Xiang Taiyang (Toward the Sun).

While imprisoned for his opposition to the Kuomintang (Chinese National People's Party), he penned Dayanhe, his first book of poetry.

He edited such respected literary publications as Poetry Magazine and People's Literature.

His two sons, Ai Xuan and Ai Weiwei, both had successful careers as visual artists.

He was a contemporary of fellow Chinese poet Wen Yiduo.

Ai Qing Is A Member Of