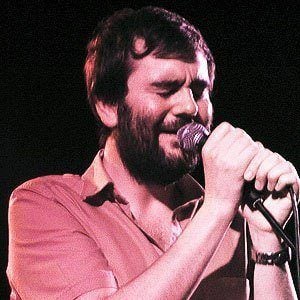 Scottish singer known for his work with the indie rock band Arab Strap, who released critically-acclaimed albums like 1999's Elephant Shoe. In 2011 he released a collaborative album with Bill Wells called Everything's Getting Older, which won the Scottish Album of the Year award from the Scottish Music Industry Association.

He was expelled from high school at age seventeen, at which point he began working at the record store Sleeves Records.

He released his first book, a children's book called Lavender Blue Dress in 2014.

He released an EP with Mogwai guitarist Stuart Braithwaite called The Sick Anchors in 20052.

Aidan Moffat Is A Member Of