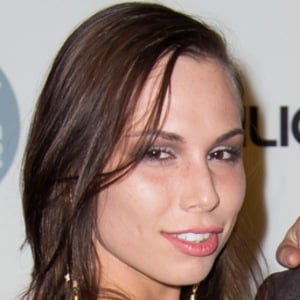 Adult film entertainer who has worked with top adult websites and been featured in X-rated featured from production companies such as Evil Angel and FM Concepts.

She grew up a country girl who enjoyed the outdoors. She started off as a web cam girl before shooting her first adult film with Hot Bodies.

She was named the Twistys Treat of the Month of August in 2014.

She has a younger sister to go along with three older sisters. She is of Czech, German, and Polish descent.

She has worked alongside Riley Reid.

Aidra Fox Is A Member Of