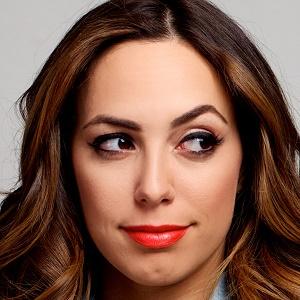 Actress and singer well known by the mononym Aijia, who married R&B singer Andy Grammer in July of 2012. She produced and starred in the Soul Pancake series Joy Bomb with Aijia.

She attended California State University, Northridge where she studied Vocal Jazz with a focus on vocal improvisation.

She did improv training at the Upright Citizen's Brigade. She has appeared on stage and in music videos for her husband, Mayer Hawthorne, Hilary Duff and herself.

She was born to Los Angeles natives who have been in and around the entertainment industry. She is the niece of EG Daily. In July 2017, she and Andy welcomed a daughter, Louisiana 'Louie' K.

She used to be represented by the parents of Blake Lively.

Aijia Grammer Is A Member Of