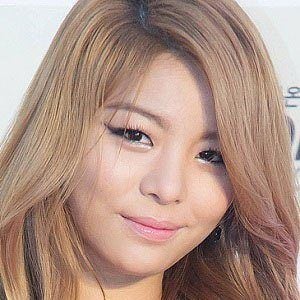 American K-Pop singer who first made a splash with her 2012 album Invitation. She has since released chart-topping singles like "U&I" and won a slew of awards, including back-to-back Mnet Asian Music Awards for Best Vocal Performance.

She was born in Denver and grew up in New Jersey. She moved to South Korea in 2010 and became a trainee at YMC Entertainment.

Her second mini-album, A's Doll House, sold so quickly that nearly every record store in South Korea ran out of copies on the first day of its release.

Her birth name is Amy Lee.

Her music video for 2014's "Singing Got Better" features Lee Joon from the boy band MBLAQ.

Ailee Is A Member Of