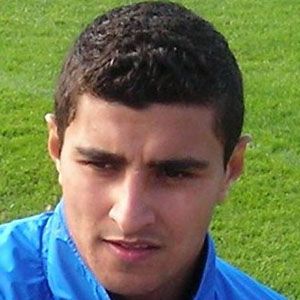 Brazilian striker who joined Terek Grozny in 2012 after spending two years with Cyprus's APOEL and three years with Copenhagen.

He made his professional debut for Atletico Mineiro in 2000.

He moved to Copenhagen from Swedish Orgryte in 2007 for 22 million Danish kroner, which set the transfer record for a Danish club.

He was born in Hematita, Itabira, Brazil.

He played alongside Gilberto Silva on Atletico Mineiro from 2000 to 2002.

Aílton José Almeida Is A Member Of