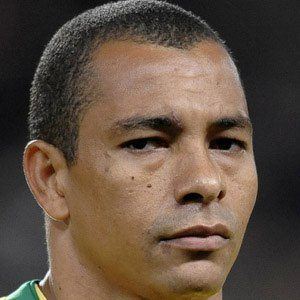 Brazilian defender who played for Arsenal from 2002 to 2008 and joined Atletico Mineiro in 2013. He spent nearly a decade on the Brazilian national team from 2001 to 2010.

He started playing soccer when he was 12 years old.

He was given the nickname The Invisible Wall.

He grew up with three sisters.

He was teammates with Ronaldinho on the Brazilian national team from 2001 to 2010.

Gilberto Silva Is A Member Of