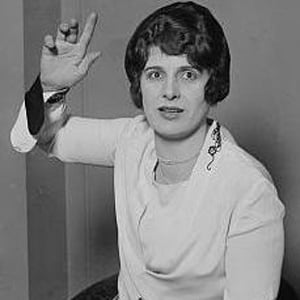 Pentecostal Los Angeles–based evangelist who used radio to promote her message in the 1920's and 30's. She was known for conducting faith-healing demonstrations in front of large crowds and for the sensationalized image of her that was portrayed in the popular media.

She learned her piety from her mother who would work with the poor in Salvation Army soup kitchens.

The Foursquare Church, which she founded, now has over 8 Million members.

The comedian Milton Berle claimed that he had an affair with her in 1930's.

Aimee Semple McPherson Is A Member Of