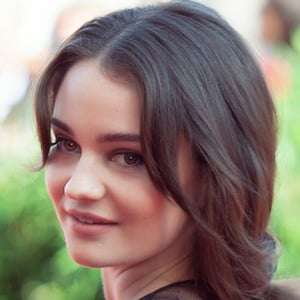 Actress known for her lead role in the BBC drama The Fall. She appeared in 10 episodes throughout its run, between 2013 and 2014.

She attended Trinity College in Dublin, Ireland. While there, she studied French and Spanish. She left during her final year to pursue acting.

She appeared in 3 episodes of the BBC mini-series Quirke in 2014. In 2015, she was cast as a recurring character in season 2 of the TNT drama Legends, starring Sean Bean.

She was born in Italy. Her father is of Italian descent, and her name is Gaelic. She was raised bilingual in Italian and English.

In 2015, she appeared alongside Brenda Blethyn in the ITV drama Vera.

Aisling Franciosi Is A Member Of