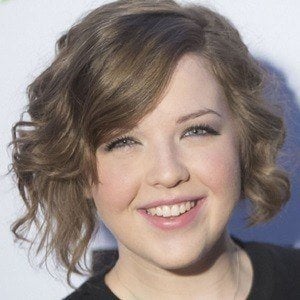 Television actress best known for playing Clare Edwards on the Canadian television series Degrassi: The Next Generation. She was cast as Phoebe Frady in the NBC series Heroes Reborn.

She earned her first television role at age six in Disney's The Famous Jett Jackson.

She was nominated for a Young Artist Award for Best Supporting Young Actress in 2010.

She is the only daughter of actor Brian Paul.

She had a small role in the 2010 film Trigger, which starred Molly Parker.