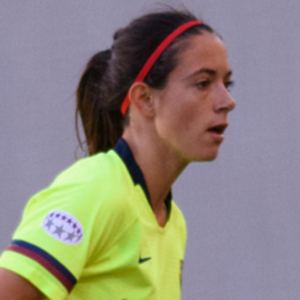 Midfielder who has gained fame for her club career in the Spanish Women's Primera División with FC Barcelona beginning in 2016. She won the Copa de la Reina de Fútbol title in 2017, and has competed in the UEFA Women's Champions League with the club.

She originally played in mixed soccer teams as a younger girl. She later joined Barcelona's youth academy at age 14 in 2012.

She helped lead Spain's national women's team to the Cyprus Cup title in 2018. She previously finished as a runner-up with the Spain U-17 women's side at the 2014 FIFA U-17 Women's World Cup.

She and Patricia Guijarro have played as teammates for FC Barcelona of the Spanish Women's Primera Division.

Aitana Bonmatí Is A Member Of