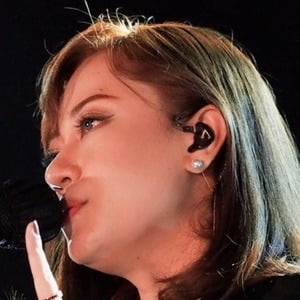 Rose to fame as the vocalist for the Indonesian band Garasi. After departing the band in 2009, she then embarked on a solo career and released the 2010 debut album Grateful Passport.

She originally began her musical career by participating in Indonesian Idol. She was then asked to audition for the film-turned-band Garasi in 2006 by Indra Lesmana.

After the release of her solo album, she was invited to join the band The AIU in Japan.

She was born in Magelang, Central Java.

Aiu Ratna Is A Member Of