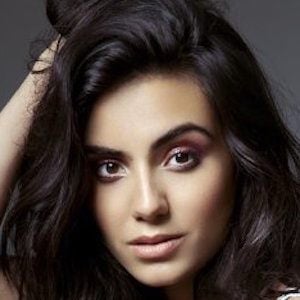 Actress best recognized for her portrayal of Ariadne in the BBC America series Atlantis. She has also held recurring roles on New Blood and Line of Duty.

After earning a degree in English literature from King's College London, she trained at the Drama Studio.

In 2013, she made her acting debut in the horror film Djinn.

Her mother is a native of Liverpool and her father hails from Saudi Arabia, a nation where she lived for some time during her youth.

In 2014, she starred opposite Paddy Considine in the independent thriller Honour.

Aiysha Hart Is A Member Of