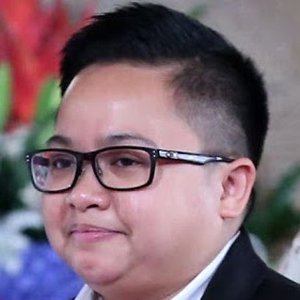 Former Filipina child actress who grew up to front a band and who released the national hit "Pagdating ng Panahon."

Appeared at the age of three as a contestant on Little Miss Philippines, impressing the judges enough to become a regular for the next ten years.

Since his major hit, he continued to act in shows like Be Careful With My Heart, and to write award-winning music for other artists.

He came out as a transgender man in 2014. The same year he married model Liza Diño.

Kathryn Bernardo is another actor and singer from the Philippines.

Aiza Seguerra Is A Member Of