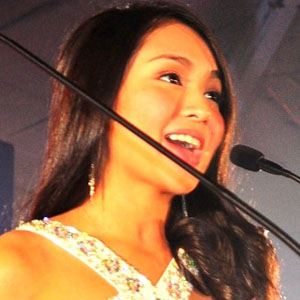 Singer and actress best known as the star of Filipino television series Mara Clara and Princess and I. She began appearing in Got to Believe in 2013.

She studied at the OB Montessori Center Inc. before making her acting debut in 2003.

She is also known for film roles in Way Back Home, Must Be...Love, and Sisterakas.

She was born to Teodore and Luzviminda Bernardo. She has an older brother named Kevin and two older sisters named Kaye and Chrysler. Her two-year relationship with Enrique Gil ended in 2013. In 2018, she and Daniel Padilla admitted that they'd been dating for over five years.

She did a photo shoot for Teen Vogue with actor Logan Lerman in March 2013.