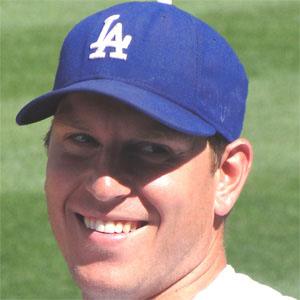 MLB Catcher who took over the starting role for the Los Angeles Dodgers in 2012.

He led the Dodgers in walks during the 2012 season and also tallied 52 RBIs.

He married Cindy Ellis. He was raised with a brother named Josh. He and his wife Cindy have three children: Ainsley, Luke, and Audrey.

He was teammates with Nomar Garciaparra on the Dodgers during his rookie season in 2008.

AJ Ellis Is A Member Of