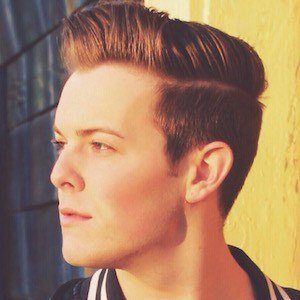 Actor of film, TV commercials, and the stage who is known for his appearance in the music video for the song, "Don't Look Down." The song was originally performed by Martin Garrix, featuring Usher.

He attended Texas A&M University-Corpus Christi. There, he starred in and directed various stage productions. While there, he also began gaining experience on camera through commercial and short film experience.

In 2014, he appeared in a principal role in a Starbucks commercial. In 2015, he was cast as the lead in the horror film, A Closer Walk with Thee.

He appeared in a starring role alongside Balthazar Getty in the "Don't Look Down" music video.

Aj Knight Is A Member Of