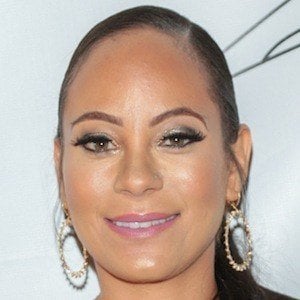 Rose to fame in 2017 joining the cast of the VH1 reality series Basketball Wives.

She first joined the social media world in September 2015 when she posted her first photo to Instagram.

Her sister, Cristen Metoyer, is the mother of Joe Crawford's daughter. She has another sister as well named Melissa Metoyer.

Aja Metoyer Is A Member Of