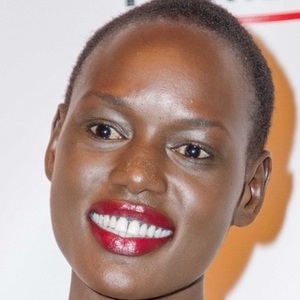 Became known as one of Australia's most successful international runway models. She's modeled for high profile designers such as Dior, Louis Vuitton, Valentino, Marc Jacobs, and Chloe. She's been featured in campaigns for Topshop, Barneys, MAC and Levis.

She was scouted in Melbourne while still in high school and signed to FRM Model Management in 2008.

She claimed she was quitting the modeling industry in February 2016.

She was born in Sudan, but fled with her family to Melbourne, Australia in 2005. Her mother died of malaria when she was young.

Ajak Deng Is A Member Of