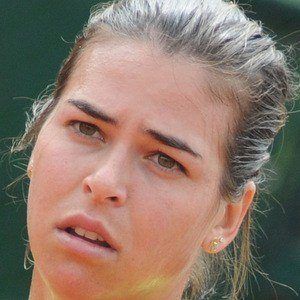 Decorated tennis player who first gained fame competing for Croatia. Then, in 2014, she announced plans to become an Australian citizen and began competing in Grand Slam events for the nation.

Playing tennis from the age of seven, her professional career began in October 2008 when she competing in her first ITF Circuit tournament in Mexico City.

In 2009, she and American player Christina McHale won the Grand Slam girls' doubles finals at the Australian Open.

She was born in Zagreb to Ratko and Emina Tomljanović. Her elder sister, Hana, played tennis for the University of Virginia. She began dating fellow tennis star Nick Kyrgios in July 2015; their relationship ended in 2017.

In the 2014 French Open, she competed against Agnieszka Radwańska.

Ajla Tomljanovic Is A Member Of