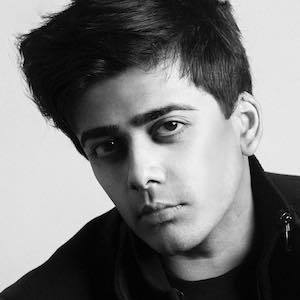 Singer and social media influencer who first became known covering popular artists on his self-titled YouTube channel. He has also performed at prestigious venues throughout England. Outside his own solo career, he is also a member of the award-winning a capella group The Techtonics.

He studied electrical and electronic engineering at Imperial College London.

In addition to his music career, he has worked as the Digital Manager for Dior Global and has become an ambassador for UNICEF, PETA, and Dogs Trust.

Born and raised in London, England, he has traveled internationally and documented his travels on his Instagram account.

Cricketer Chris Gayle was featured on his 2016 single "We Heroes." All proceeds from the single went to UNICEF.

Akash Mehta Is A Member Of