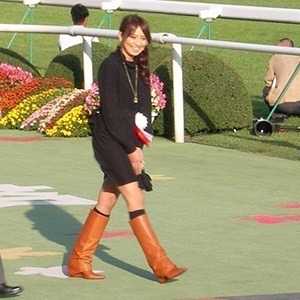 Japanese fashion model and television personality who has gained a large following on Instagram by letting fans into her daily life.

Her first "death blog" moment came in 2002 when she was featured in a dreamcast ad before its ultimate demise.

She is known as the "death blog lady" because many of the things she features suffer a negative fate.

Her nickname is associated with the popular manga Death Note.

Aki Higashihara Is A Member Of