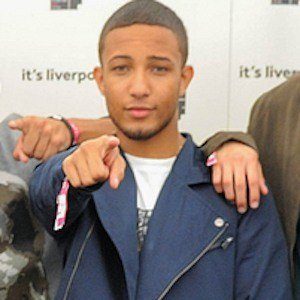 Former member of the R&B boy band MiC LOWRY who became well known their single "Supermodels" and their 2015 EP titled The Show.

He was joined by his four bandmates in 2011 to become MiC LOWRY. Everyone in the group grew up within a mile of one another.

With MiC LOWRY, he won the MOBO Unsung Award and opened at the MOBO Awards pre-party. The group has a strong YouTube subscriber base of more than 220,000.

He and the group members are from Liverpool, England.

He was joined in MiC LOWRY by long time friend Kaine Ofoeme.

Akia Jones Is A Member Of