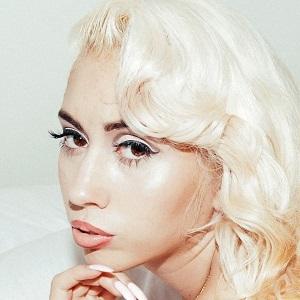 Multi-faceted artist who handles much of the creative direction in her music: designing cover art, directing music videos, and tailoring 60s-chic/90s-urban style to fit her perfectly. She scheduled a 2015 release for her first studio project called Por Vida, featuring Tyler the Creator, Kaytranada, and others.

She was a poet in her youth and played the saxophone in a jazz band during high school. She did mixed media collaging art and video editing/directing for work in her late teens.

She has procured features for Vogue, FADER Magazine, Billboard, and others.

She was born in Virginia, raised in Colombia, and later resided in Los Angeles, California. She and rapper Don Toliver have been dating.

She released a song inspired by Billie Holiday over a Ralfi Pagan instrumental that premiered on Billboard in November of 2014.

Kali Uchis Is A Member Of