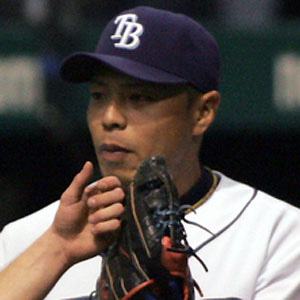 Second baseman who won six Gold Gloves in a span of seven seasons with the NPB's Yakult Swallows; made his MLB debut in 2007 for the Tampa Bay Devil Rays.

He was a star at Uwajima Hagashi High School, and was a member of Japan's national high school baseball team.

In his brief foray into the MLB, he played for the Tampa Bay Rays for three seasons, then split his final season between the Pittsburgh Pirates and Oakland Athletics.

He married Misaki Iwamura, and in 2007 the couple had their first child.

He initially played third base with Tampa Bay, but moved to second to accommodate star slugger Evan Longoria.

Akinori Iwamura Is A Member Of