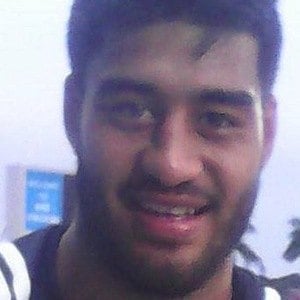 Rugby union player who has been a standout flanker for New Zealand, having represented his home country at the Olympic Games and the New Zealand Commonwealth Games. He began competing for the Blues in Super Rugby in 2015.

He attended Auckland Grammar School and the University of Auckland.

He scored the most tries of any forward during the 2018 Super Rugby season.

He and Tim Mikkelson were teammates at the 2016 Summer Olympics.

Akira Ioane Is A Member Of