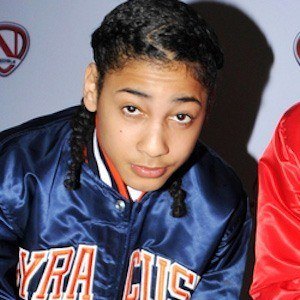 He and Omari wrote their first song called "How They Do It" before either of them turned the age of 10. When they got the courage to show their father the track, he immediately booked them a studio session to record the song.

He and Omari were originally known as GT and went on a school tour called P.A.C.E. under that name.

He was born in Berkeley, California. He and Omari's father is also their manager and mentor.

While performing under the name NewBoyz, he and Omari's father played Nick Cannon their "Chitty Chitty" song which led to Cannon signing them and the eventual name change to Wonder Brothers.

Akoye Castle Is A Member Of