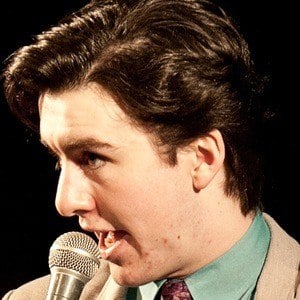 Irish comedian known for being the youngest headliner at Vicar Street. He performs in suits and often deals with sexual innuendo and self-deprecation.

He was interested in becoming a priest growing up and attended Trinity University before dropping out to pursue comedy.

He's also worked as a radio host. His initial experience on stage came by performing karaoke.

He grew up in Dublin and is openly gay.

His success early in his career has drawn comparisons to Graham Norton.

Al Porter Is A Member Of