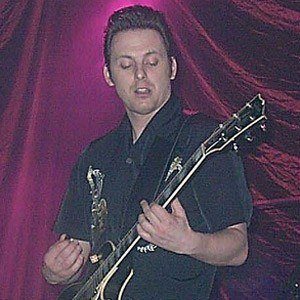 Best known as a songwriter and guitarist for the English vocalist Morrissey, this British musician and composer also wrote hit songs for Chris Brown, Rihanna, Madonna, and The Black-Eyed Peas.

He began his lengthy association with Morrissey in 1991. He also performed with such California-based bands as Red Lightning and Tiger Army.

He earned a 2013 American Society of Composers, Authors and Publishers (ASCAP) Award for his popular song "Don't Wake Me Up" (made famous by singer Chris Brown).

A native of London, England, he later settled in Los Angeles, California.

He wrote more than eighty songs for Morrissey between 1992's Your Arsenal album and 2009's Years of Refusal.

Alain Whyte Is A Member Of