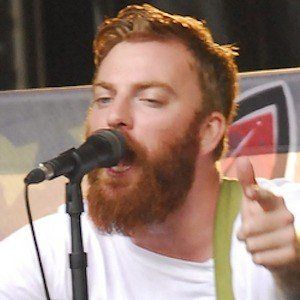 Vocalist and guitarist who rose to fame as a founding member of the Massachusetts born band Four Year Strong. Since it's formation, Four Year Strong has released a dozen successful albums and toured with numerous well known bands like All Time Low, Good Charlotte, and Paramore.

He met his fellow bandmates while attending Doherty Memorial High School in 2001. Not long after, the band released it's debut album It's Our Time with a limited run of only 400 copies.

Four Year Strong has headlined festivals like the Kerrang! Relentless Tour 2011 and the Vans Warped Tour 2010.

He has performed at many festivals with Four Year Strong, often sharing the stage with the likes of Alex Gaskarth and Hayley Williams.

Alan Day Is A Member Of