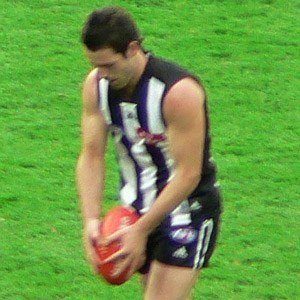 Australian rules footballer best known for his fourteen-year career with Collingwood, where he played from 2001 through 2013. He was the recipient of the Copeland Trophy in 2006.

He began playing for the Port Adelaide Football Club in the South Australian National Football League at age seventeen.

He fainted due to an irregular heartbeat twenty minutes into a match in 2006.

His daughter, Indiana Willow, was born in September 2012.

He and Lane Franklin were both named to the All-Australian team in 2010.

Alan Didak Is A Member Of