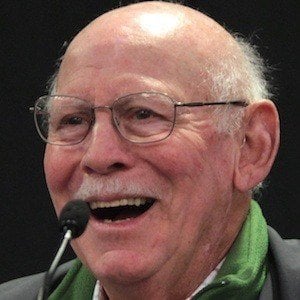 American voice actor and character actor known for his roles in Sunset Blvd, The NeverEnding Story, and the Fallout video game series. He was nominated for a Primetime Emmy Award for Outstanding Guest Actor in a Comedy Series in 1991.

His early films included In the Heat of the Night and How to Save a Marriage and Ruin Your Life.

He played a Nazi in Hogan's Heroes and an Israeli secret agent in Get Smart.

He also appeared on Star Trek: The Next Generation, which starred Patrick Stewart.

Alan Oppenheimer Is A Member Of