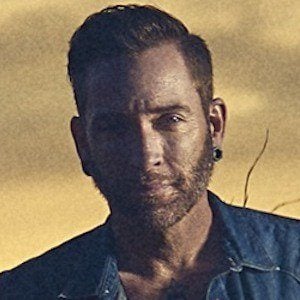 Lead singer of the Fullerton-based rock band Lit and owner of the Downtown Fullerton hair salon KKBB Salon. His most popular hit, "My Own Worst Enemy," was released in 1999.

He formed the pop metal band Razzle in 1988 with bassist Kevin Baldes and guitarist Sean Holland. They changed their name to Stain in 1994, but abandoned the name in favor of Lit due to legal issues in 1996.

He refers to drummer Allen Schellenberger's death due to a brain tumor in 2009 as "losing a brother." After his death, they didn't release their new album "The View From The Bottom" until 2012.

He married Belinda Popoff and together they have a daughter.

He shared the stage with No Doubt's drummer Adrian Young during the benefit concert for Allen Schellenberger at the House of Blues in Anaheim in 2008.

A Jay Popoff Is A Member Of