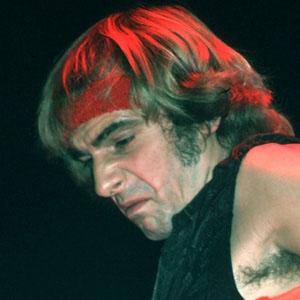 Drummer of the English rock band Yes and who also played with the Plastic Ono Band. He was inducted into the Rock and Roll Hall of Fame in 2017. He passed away 5 years later at the age of 72.

He started to play the drums when he was thirteen years old, playing with the band the Downbeats.

He was in the Plastic Ono Band with John Lennon. As a member of his band, he won the 1972 NME Award for Best Album.

He had two children with his wife Gigi White.

He performed with George Harrison.

Alan White Is A Member Of