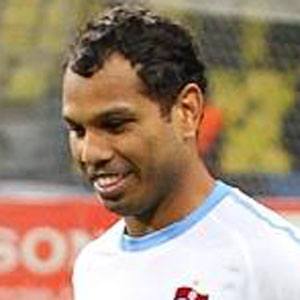 Earned consecutive Midfielder of the Year awards in 2007 and 2008 while playing for Trabzonspor in the Turkish league.

He made his professional debut with Clube de Regatas do Flamengo in 2002.

He was a recipient of the NISO Player's player of the year award.

He grew up in Flamengo, Brazil.

Alanzinho Is A Member Of