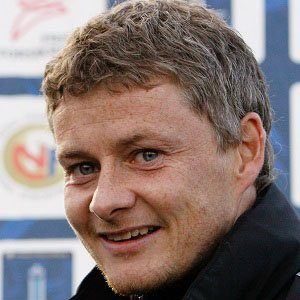 Two Premier League teams passed on him before Manchester United signed him for a fee of £1.5 million.

He scored the winning goal in the UEFA Champions League final in just his third season with Manchester United.

He had three children with his wife Silje, and moved with her back to Norway after retirement.

He played alongside Wayne Rooney on Manchester United from 2004 to 2007.

Ole Gunnar Solskjaer Is A Member Of