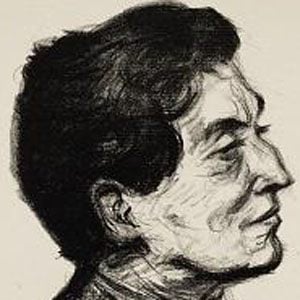 Austrian composer who was a member of the Second Viennese School alongside Arnold Schoenberg and Anton Webern. His works fused Schoenberg's twelve-tone technique with Mahlerian Romanticism.

He was primarily interested in literature when he was growing up, and his interest in music and composition did not develop until he was in his teens.

He served in the Austro-Hungarian Army during World War I.

His daughter Albine was born in 1902. He fathered her by one of his family's servant girls, Marie Scheuchl.

He was friends with fellow Austrian artist Gustav Klimt.

Alban Berg Is A Member Of