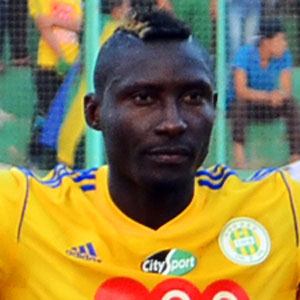 Cameroonian forward who was tragically killed when a projectile thrown by an angry fan hit him in the head after his JS Kabylie team lost a home game to USM Alger.

He began his professional career with Coton Sport FC in 2008.

After his death, the JS Kabylie stadium, 1st November 1954 stadium, was closed indefinitely.

He was born in Douala, Cameroon.

He and defender Essaid Belkalem both played for JS Kabylie.

Albert Ebosse Is A Member Of