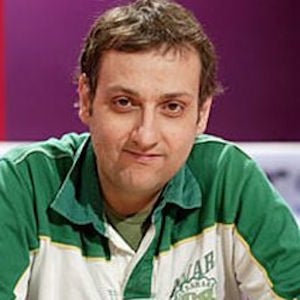 Spanish writer known for the book The Yellow World and the TV show Polseres Vermelles, which was adapted to English television as The Red Band Society. Other works include more than half-a-dozen movies.

His writing career started while at Polytechnic University of Catalonia, where he was studying industrial engineering.

He was first diagnosed with cancer at the age of 14 and spent ten years fighting the disease. He lost a leg and a lung, but fully recovered by the time he was 24. The experience has influenced his writing.

He grew up in the Catalonian capital of Barcelona.

Albert Espinosa Is A Member Of