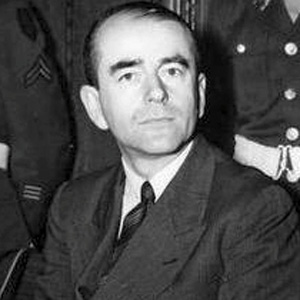 The Third Reich's chief architect who also served as Minister of Armaments and War Production for the Third Reich. He was responsible for the Reich Chancellery, Nuremberg's Zeppelinfeld stadium, and the Berlin reconstruction plan.

He became known as "the Nazi who said sorry" for taking moral responsibility for the crimes of The Third Reich at the Nuremberg Trials.

He was the middle child in a family of three sons born to the wealthy Albert and Luis Speer. By some accounts, his home was not known for being loving and warm. He married Margarete Weber in 1927.

He chronicled his close relationship with Adolf Hitler in his autobiographies, "Inside the Third Reich" and "Spandau: The Secret Diaries," which he wrote after he was released from prison in 1966.

Albert Speer Is A Member Of